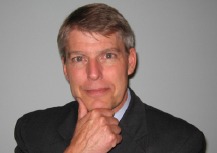 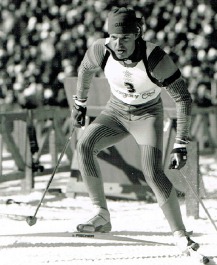 Born and raised in Michigan Judd obtained his undergraduate degree in accounting and finance from Michigan State University. He would spend almost two decades working as a certified public accountant in both the States and overseas. After living and working on the Pacific island of Guam for six years Judd would become Guam’s first Olympic athlete by represent this U.S. Territory in the 1988 Winter Olympics, competing in the Biathlon. Upon returning to the States Judd would obtain a Master’s Degree from the University of Illinois in curriculum and instruction and taught public school for three years before moving the Staunton, Virginia. Judd finished his working career by serving as the manager of finance and operations at the regional homeless shelter. Now retired, Judd is committed to sharing the words and ideals of the 28th President during this centennial of Wilson’s presidency.

At a reception on the lawn of the Woodrow Wilson Presidential Library the Library’s curator noticed a man who bore a striking resemblance to the 28th President. “Has anyone ever told you you looked like Woodrow Wilson?” he asked. “No,” the Wilson look-a-like said, explaining that he had only just moved to Staunton, Virginia from Illinois where he had been teaching kindergarten. His wife had just accepted a teaching position at nearby James Madison University and they had just moved to town. He went on to explain that he had come to the reception because he had always been interested in history and wanted to learn more about the President. “We can help you with that,” the curator assured him. That was in 2001 and Judd has been portraying our 28th President and learning more about him and the times he lived in ever since.